The Difference Between Centralized, Decentralized, and Distributed Applications 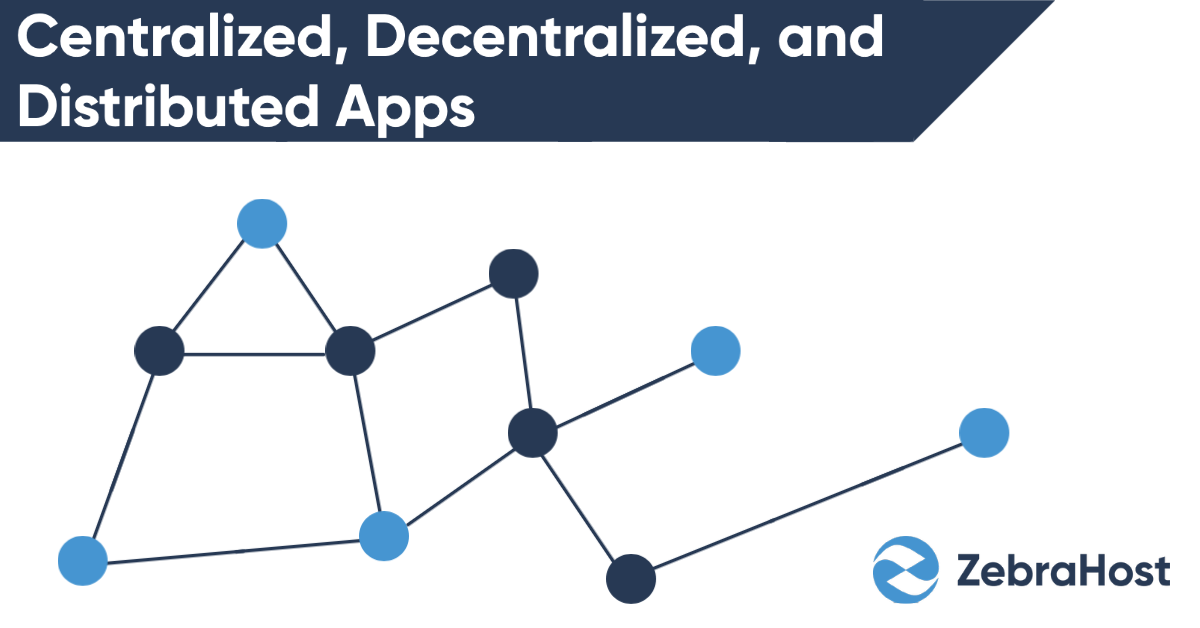 Centralized applications are controlled by a single entity or organization. That party maintains exclusive control of the application, the code, and the servers its hosted on. Others can only connect to the application and submit or request data. A good example is a banking app. The bank needs a lot of control in order to monitor for fraud or criminal activity.

Simple Deployment: Centralized applications are generally deployed on a primary server that handles all requests. This means all an organization needs is a virtual machine or dedicated server with a public IP for users to access and use the app.

Consistency: As long as there is a strong network connection, users can connect to a centralized server very consistently. Its one server so as long as it is provisioned properly for the estimated number of users, performance will remain consistent.

Maintenance and affordability: Centralized servers generally use less hardware or can even be hosted on a virtual machine. This makes upgrades and hardware purchases far less costly than a distributed approach. The application is also in one place, so maintenance is straightforward.

Control: Most organizations prefer centralized applications because they have complete control. It allows them to monitor activity, easily push updates, and add or remove data.

Limited Scalability: Scaling an application can only happen to a certain point. Scaling is generally limited to increasing CPU, RAM, Storage, and bandwidth for a single or small cluster of servers.

Unlike a centralized application, there is no single node in control. Instead, computation is spread across many independent nodes. Decentralized apps (also known as dApps) utilize blockchain to create an immutable record of data. This way, no node can fake data or be out of sync with the others.

The network is composed of peer-to-peer nodes that communicate data from different points. All web 3 apps are decentralized. Examples include Mysterium VPN, Atomic assets, and NEAR Crowd. A list of the most popular decentralized applications ca be found on dappradar.com.

Increased scalability: Scalability is increased by adding more devices to a network, which in turn increases the computing power. Also, even when one server fails, the network continues to function because there is no master server and the blockchain keeps data updated across the network.

Enhanced Privacy: In a decentralized network, data entered flows into multiple directions making it almost impossible to track data flow. This increases privacy and makes it difficult to accurately track a specific target.

Increased Speed: User requests are usually performed within minutes or even seconds.

Better Accuracy and Transparency: Decentralized apps have no single point where data values can be modified, and values must be reflected accurately across all nodes. This makes dApps perfect for technologies like crypto currency where its imperative that the currency value isn’t manipulated.

Requires dedication: Decentralized applications require a user base dedicated to growing and maintaining it. If a community fails to materialize the network will stagnate and potentially become dysfunctional.

Regulatory hurdles: Because apps have no central authority and limited accountability, governments generally do not like them and will likely create difficult legislation for dApps as Web 3.0 grows.

Distributed applications are processed over multiple servers, services, or even devices. They are distributed but coordinate with each other to deliver data. The nodes “message” each other instructions.

A key difference between decentralized apps and distributed apps is that distributed apps have an owner and source of authority. Common examples of distributed applications are web browsers like Firefox, CDNs like Fastly, and apps running on cloud providers like ZebraHost.

Higher fault tolerance: Who failure occurs on one node, the app can failover to other nodes.

Highest Scalability: Due to distributing processing over multiple servers and devices, distributed applications are incredibly scalable, with options to add either more specs to each node or even extra nodes. Performance can also be increased with technologies like load balancers, reverse proxy, and network attached storage.