What are Cloud-native Applications? 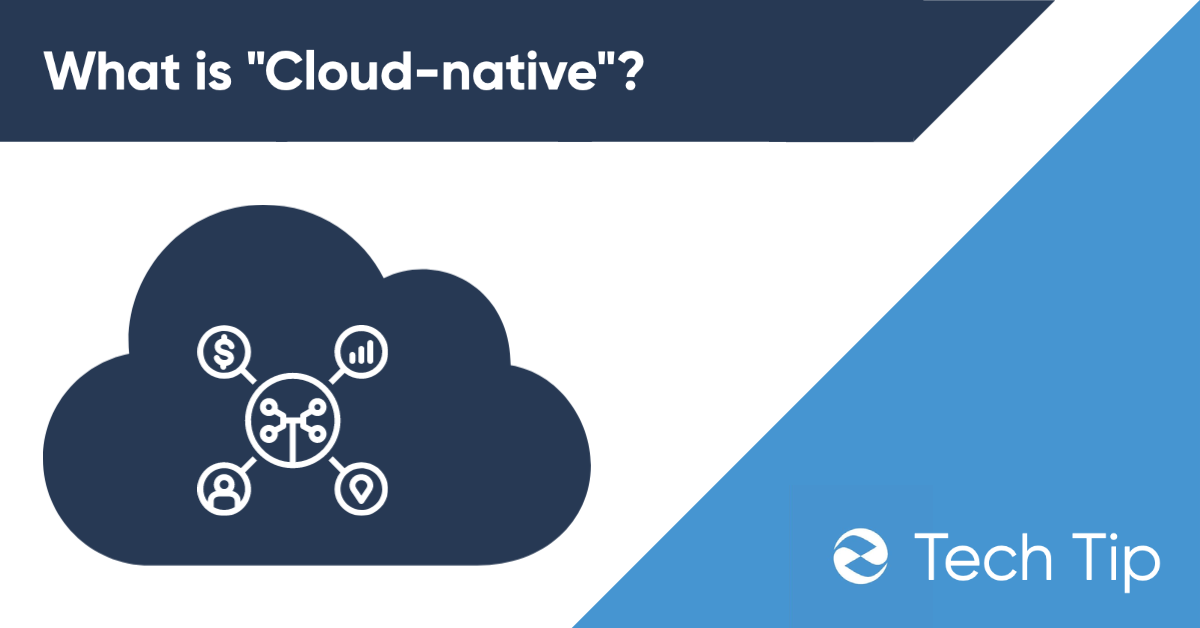 Lately, organizations have accelerated moving legacy applications to the cloud. Among the most popular reasons are scalability, cost, security, and cloud-only tools. But now that the cloud has become so essential to business operations, organizations have started developing “cloud-native” applications. These are apps developed from the ground up to best utilize the advantages cloud offers.

What is a Cloud Native Application? Why Does it Matter?

Cloud native apps are those designed to take full advantage of the cloud. They are written from the beginning to be scalable, vendor-agnostic, automated, have built-in failover, and make development/troubleshooting easier.

This is different from cloud-based applications, which are apps built using traditional frameworks and development concepts but can run on cloud infrastructure. A helpful example of a cloud-based application would be a mobile-app without any ability to connect to external applications and uses a traditional database and front-end. The app is likely hosted on a cloud, but could function the same as if it were hosted on an on-premises machine.

It matters that organizations are moving to cloud-native applications because the way apps are built fundamentally changes so that they can take advantage of the cloud. Cloud native has also drastically improved functionality for end-users.

What Makes an App Cloud-native or Cloud-based?

Cloud-based applications were built when the cloud was little more than someone else’s computer with a public IP. Cloud-based applications can scale, but not efficiently, and they generally need to have all components hosted in a single place. They also are built to run similarly to a desktop computer application and as a result tend to use a lot of resources like RAM and CPU.

Scalable: Microservices and containers allow different parts of an app to scale independently. This means that if there are certain components that require more resources, they can automatically scale while the rest are unaffected. This significantly reduces resource usage compared to cloud-based apps that do not use microservices.

Money Saving: Containers and microservices use fewer resources. Where a traditional application might require specs to run that emulate that of a consumer desktop, a container cluster might only require 1 or 2 GB or RAM and a single CPU. This of course depends on how many simultaneous users your app serves and the program’s overall size, but regardless, the specs are comparatively lower and can save you thousands in hosting costs.

Separate components: Let’s say a process from a particular microservice isn’t functioning. Only that specific function won’t work within your app. The rest of your containers and microservices will be unaffected. This allows developed to troubleshoot easier and correct the issue without messing with other parts of the program.

APIs: Application Programming Interfaces (APIs) are arguably the most important feature for cloud-native apps. These allow microservices to communicate with one another, allowing them to behave as a single app. It’s why cloud native apps (even from completely different vendors) are able to communicate. Think connecting your Slack profile to your CRM. Different vendors, one interface.

Portable: Cloud native apps function via independent microservices which are easy to move between cloud providers. This means if a certain provider doesn’t work out, you can simply move your app to another.

Illustration of a Cloud-native App

How Containers Made Cloud-native Apps Possible

Cloud-native and containers are almost synonymous with each other because containers have allowed apps to truly become cloud-native vs merely cloud-based.

Before containers, cloud for the most part was simply someone else’s computer with a public IP that always remained on and easily accessible. Being accessible and always online meant that applications which traditionally might have been hosted on-premises infrastructure could be outsourced to cloud providers. The biggest advantage being that the cloud provider would maintain the infrastructure, and resources were virtually limitless because the cloud provider always kept excess capacity.

But the cloud didn’t do anything that couldn’t be replicated by on-premises hardware. Apps were still singular programs that had to be maintained and hosted as single services.

Containers changed this entirely because now apps can be built using containerized microservices. These microservices can connect with each other, even across cloud providers. Microservices can be independently updated, and 3rd party applications have even gained the ability to speak with one-another.

Low resource use: Cloud-native apps are container-based. This means they use comparatively lower resources than their traditional app counterparts.

More Affordable: Cloud-native apps do not use many resources and are cloud-agnostic. This means you pay less for hosted cloud resources and can shop around for cloud providers, reducing costs significantly.

Better User Experience: Users today have come to expect that your web application will have API access. APIs allow your app to connect to other web apps that provide their API. This is especially important for communication or project management applications which try to consolidate tasks and data.

Reduced Vendor Lock-in: Cloud-native applications are designed to be mobile. They are developed using standardized, and often open-source languages and frameworks. This means if a cloud provider no longer fits your needs, it’s easy to migrate.

*Note, larger cloud providers like AWS or Azure have powerful, but vendor-specific tools. Your app can still be considered cloud-native when using these tools, however your app will potentially lose its advantage of reduced vendor lock-in if these tools are integrated too deeply with your app.

Easier development: Developing cloud native apps is widely regarded as being easier and more streamlined than traditional apps. The reason is that many microservices already exist and can be integrated within the app. Development teams can also focus on only specific microservices, rather than a large, difficult to manage team working on a singular program.

Easier to troubleshoot and maintain: If a microservice is giving you trouble, your app can often function without that particular microservice. From there you would isolate the microservice displaying the issue, then debug and solve the issue while the rest of your app remains unaffected.

Should You Build a Cloud-native App?

Purely based on functionality, you should absolutely build a cloud-native app over a cloud-based app. API functionality alone is expected for both consumer and enterprise customers. Beyond APIs, there are significant advantages to cloud-native apps like the simplified development/maintenance process, savings on cloud-resource, automated scalability, and reduced vendor lock-in.

However, if your application has very specific use-cases or is used strictly for internal use, features like API functionality and infinite scalability may not be much concern. In this case, if it is less expensive or your developer can build a superior cloud-based application, there is an argument for going cloud-based rather than cloud-native. Just know that your app will be limited in features and might even be considered by users to be outdated. Your app will also not take full advantage of the cloud and cost more to host in the long term due to heavier resources requirements.

Containers and microservices are what truly progressed the cloud to the point applications can be built as cloud-native. Microservices have allowed applications to take full advantage of the cloud while also scaling down costs and enhancing user experience.

Traditional cloud-based applications still make up a significant part of web applications, this will likely be the case for a while. But cloud-native apps are quickly becoming the norm, especially for enterprise services.

If you are building an application, consider building one that is cloud native. ZebraHost offers powerful scalable infrastructure and 24/7 support that goes beyond what other providers offer. Click here to check out our cloud pricing.